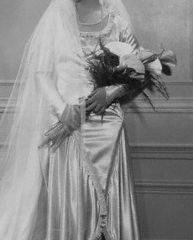 The arm sheaf bouquet first became popular in the early 1900's under the name of Bernhardt bouquets; inspired by the presentation bouquets given to the actress Sarah Bernhardt.

They are long stemmed flowers and foliage that the bride carries cradled in her arm. Most typically they are made of lilies but many long stem flowers may be used. Be careful to size the flowers to the person. No floral bat or massive flower tree. Because of the theatrical popularity of this style it can work quite well for two grooms. 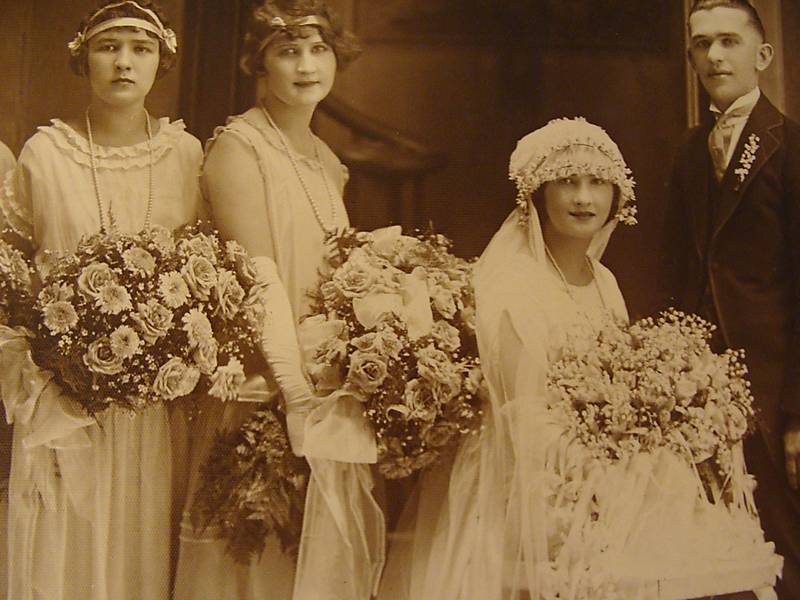 The bouquet is roundish at the top but pointy at the bottom. The traditional shower bouquet is known as the large multi-trail bouquet, subsequently renamed the princess in honor of the late Princess Diana and her impressive bridal bouquet. The modern smaller version is called the teardrop bouquet or trail bouquet. Looks great with two brides in long white gowns.

The crescent bouquet appears in the shape of a quarter moon, a soft arch, using distinguished flowers with definite shapes, often orchids, wired together to form a slender handle that you can hold in one hand. These bouquets are true floral art and an individualist representation of the bride's personality. 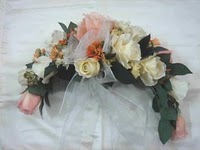 The posy is small,easily held in one hand and generally round. They come in two styles unstructured hand tied, the other formal and wired. stems of the flowers stems can be removed and replaced with florists wire and constructed into a much lighter posy with and easy to hold handle.

Both styles may use beautiful satin, velvet or organza ribbon and some embellished with pearl pins and beading trims. 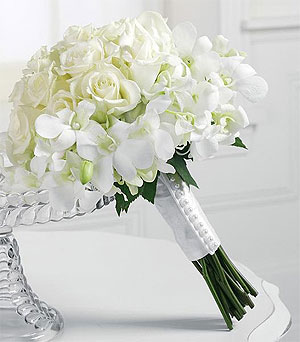 Traditionally the nosegay was a small round shaped bunch of flowers and herbs, often containing more greenery than other bouquets and mounted in a tussie-mussie (a small, Victorian style, metal or glass, cone-shaped holder). It is full of fragrance.

This look may be a bit a bit sill for a man to carry.

The Pomander Bouquet or Kissing Ball suspended from a loop of decorative ribbon the pomander is also known as a kissing ball.

Young attendants such as flower girls and junior bridesmaids most often carry them. 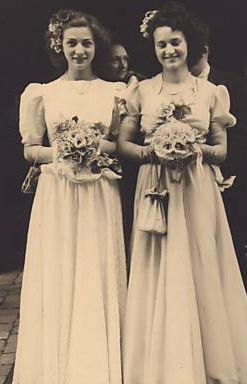 The ballerina bouquet, is a round bouquet composed of masses of tulle or net and few flowers. This type of bouquet was popular in the early 1940s when flowers were scarce due to World War II.

For male couples this seems to be the most popular look. The tulle can pick up color s from the grooms ties and the flowers must match the buttonhole.

The composite-flower bouquet dates from the early 20th century, This bouquet is a variation of the round bouquet.

Constructed of hundreds of couples with an unlimited budget. You love the look or hate it. 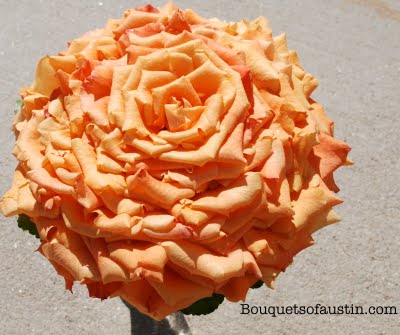 The fan bouquet, is a simple bouquet of flowers attached to a lacy plastic fan. It became Popular in the early 20th century,think Valentino. They did have a come back in the 1980s embellished with carnations, baby's breath and plenty of ribbon. 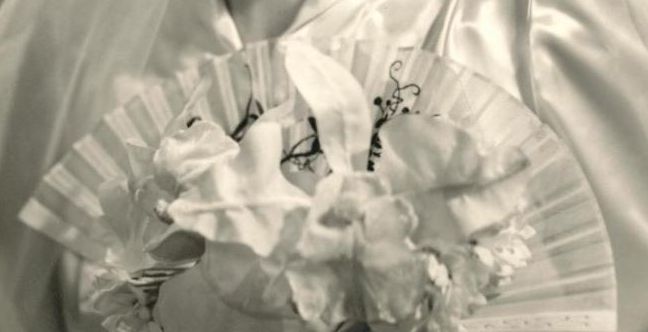 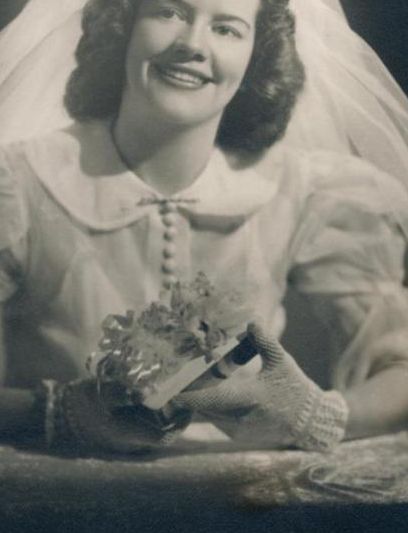 The Prayerbook Bouquet or Bible Spray

The prayerbook bouquet is a small prayer book or bible used as the platform upon which a small bouquet or a corsage is placed. It can be attached with ribbons or a small armature to prevent damage to the book. The look is mostly used by right-wing nut-jobs. Think about taking it over and using it for two grooms. It can give you flowers with out looking too much like a want-a-be-bride.

The basket bouquet has flowers arranged in a beautifully shaped shallow basket and is usually and more often used in a garden or garden-like wedding setting. As if you were just out picking flowers and a wedding broke out. they are often carried by flower girls where the small basket help to keeps their dear hands occupied and out of mischief.

A single stem bouquet is for someone who loves simplicity. If you want to add more attention wrap the stem and add ribbon, but keep mind your goal as simplicity.

Do you need a step-by-step guide to creating all wedding flowers? Take a look at Create Your Own Wedding Flowers it is all you need. Have fun!

[?]Subscribe To This Site
© copyright 2015 all rights reserved, gayweddingvalues.com